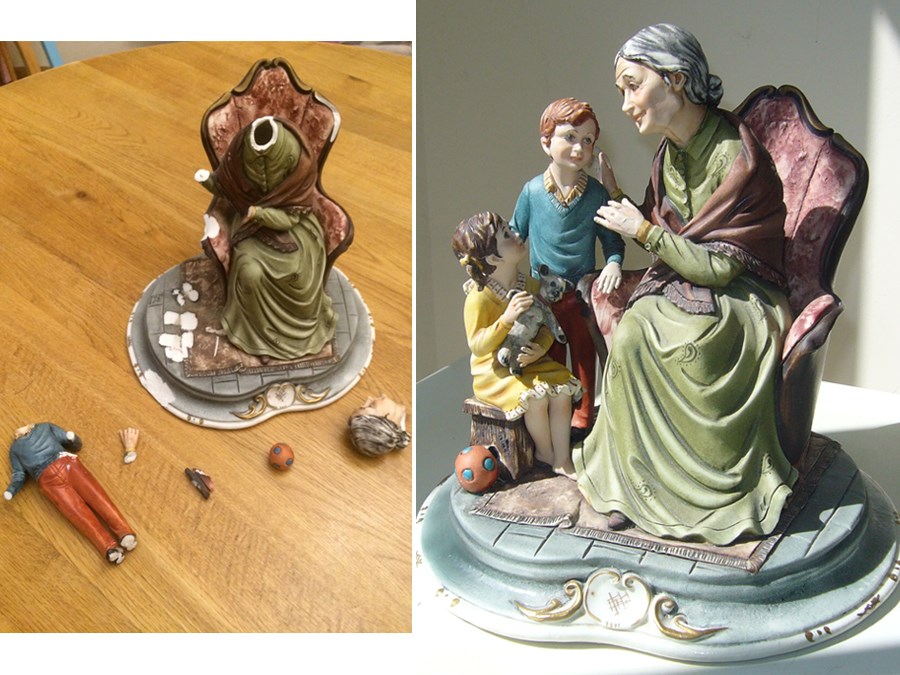 Repairing this broken Capodimonte figurine was extensive as follows:

The elderly ladys head was off, she had no fingers on her right hand, she had no left hand.

The boys head was off and he had lost both hands (which I remade).

The girl had a finger missing (which I remade), and she and the boy and the ball were broken off the stand.

The stand had a chunk out on the left as you look at it, and the chair had lost bits on the back.

Good as new now though!