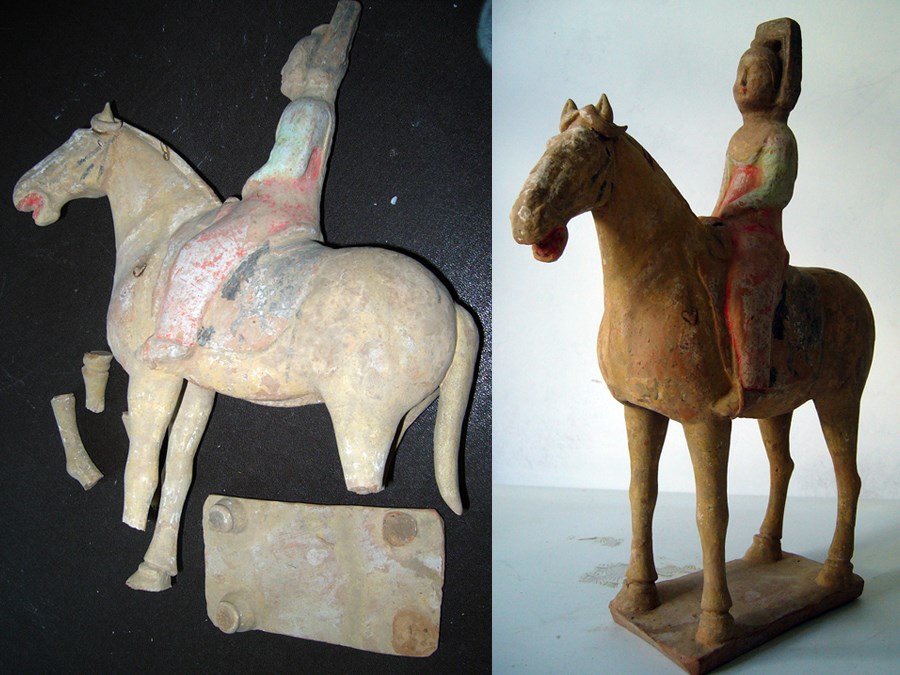 Broken Tang Dynasty horse repairs. I repaired this antique terracotta horse from the Tang Dynasty. Before and after photos show the Tang Dynasty horse broken in many places. After restoration, you would never know it was smashed! The Chinese Tang dynasty was an imperial dynasty of China from 618 to 907 preceded by the Sui dynasty and followed by the Five Dynasties and Ten Kingdoms period.